AVN Task-group to Tackle Abuse of Journalists on Social Media. 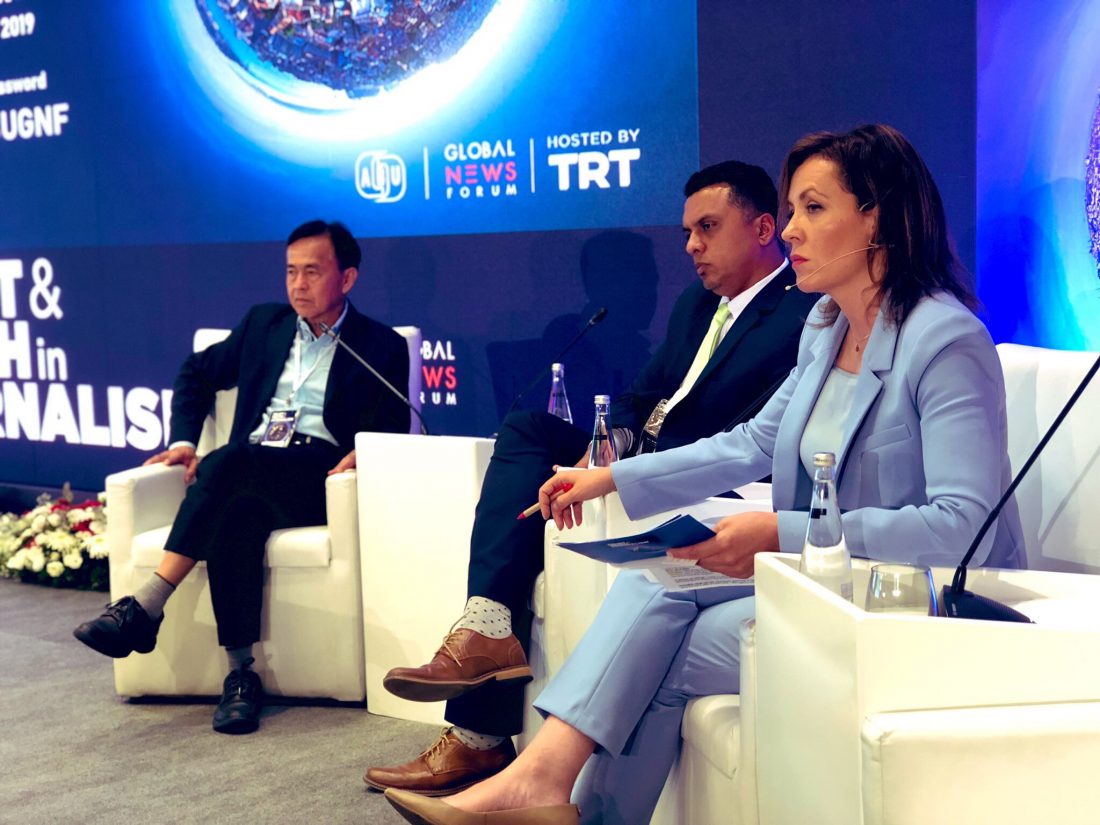 AVN Task-group to Tackle Abuse of Journalists on Social Media.

Asiavision (AVN) members who attended the 2019 News Group Meeting in Istanbul, Turkey on July 29 have agreed to form a task group to formulate a declaration by public broadcasters of the Asia-Pacific region, to tackle the abuse faced by journalists on social media.

During the open forum deliberations at the News Group Meeting, a special panel discussion discussed the topic, “Social Media Abuse of Journalists – Where to Draw the Line”, where all members echoed a common sentiment: “Enough with the talk, time to act!”

Reporters Sans Frontières in their 2018 report Online harassment of journalists: The trolls attack said “Journalism’s predators deploy troll armies to hunt down and harass all those who investigate and report the facts honestly”.

“Online trolls wants to silence journalists, wants to intimidate them, but how do we move forward; we fight back with the truth!” said Thepchai Sae Yong, President of Confederation of ASEAN journalists.

“How do we tackle this: 1. Create awareness on good social behaviour; 2. Not shy away from taking legal action against trolls,” Riyaz Sayed-Khaiyum, CEO of FBC Fiji, said.

Adding to the notion of legal action against online harassers, Durga Nath Supedi, Senior News Editor, NTV Nepal, said: “Social media is already media, and it needs to be treated on the same page as all other traditional and legacy media. Same regulations and laws should be enforced.”

“We need to take charge, it starts with educating as human beings, educate people on the art of being civil human beings,” Stavroula Logothettis, Senior Editor, TRT World Turkey, said.

AVN Members noted that when journalists are attacked physically there is sympathy, but journalists being harassed in cyberspace have almost no access to a support system.

Work is now underway to set up the task group to oversee the declaration that will look at several issues – how to tackle online trolls who attack journalists, how to ensure freedom of speech is guaranteed, how to take legal action against online abuse and helping broadcasters to set up support systems for victimised journalists.