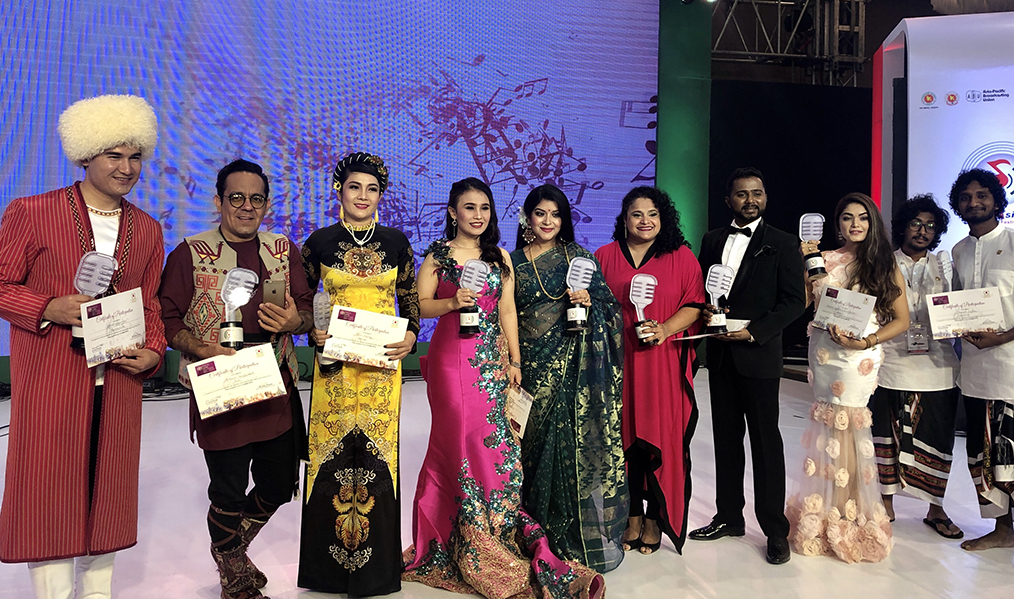 The three-day Asia-Pacific Broadcasting Union (ABU) Radio Asia Conference and Radio Song Festival 2019, hosted by Bangladesh Betar and Bangladesh TV in Dhaka, concluded on a high note with a Gala performance showcasing the musical talent of the region’s outstanding singers.

The theme of this year’s conference  is “Radio All Around Us: More than just a medium.” The three day event included thought provoking sessions, showcases, workshops, a masterclass on media literacy and debate on the value of Radio in the digital age. An exhibition of different radio collectibles and community radio was also showcased at InterContinental Dhaka.

The Song Festival 2019 Gala took place live with performers from eight nations across the Asia-Pacific region taking to the stage, with special cultural performances from the host country opening and closing the show.

Sri Lanka and Iran are both returning to the event for the first time since 2014. While the host nation of Bangladesh is making their debut appearance at the event.