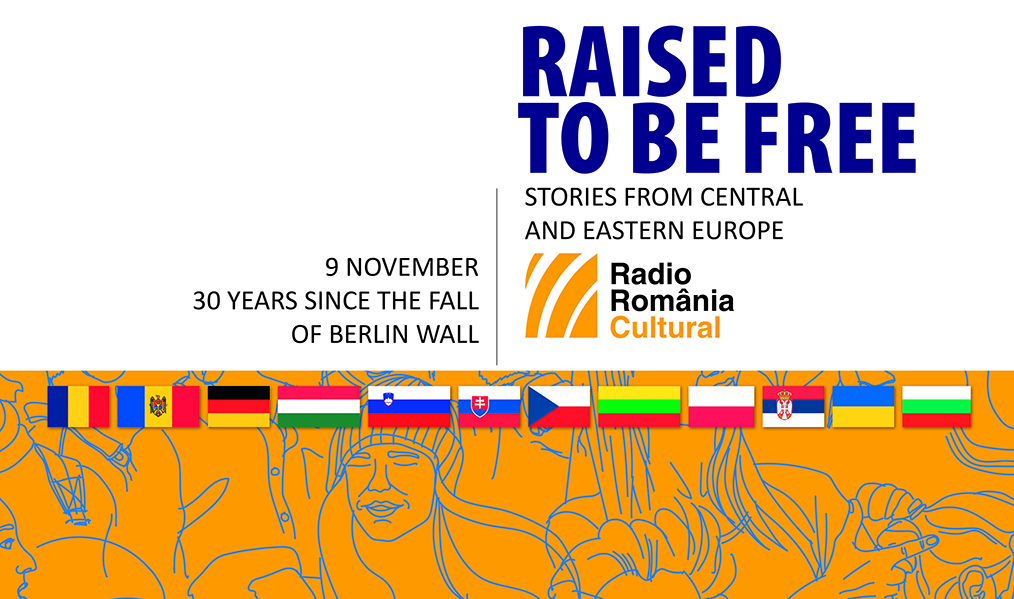 Several radio stations in central and eastern Europe have joined together in a unique broadcasting initiative led by ABU partner Radio Romania.

The ‘Raised to Be Free’ project brings together documentaries from Moldova, Hungary, Slovakia, Slovenia, the Czech Republic, Ukraine, Lithuania, Germany, Serbia and Poland on the theme of how a whole generation made the transition from authoritarian states to liberal democracies in the 1980s and 1990s. Some lived through the changes in their own countries while others were forced to witness the early stages from exile in the West.

All will now share their stories through 12 documentaries heard in a live public audition in November and broadcast simultaneously on the Radio Romania Cultural channel and on all the partners’ radio networks.

The initiative began in 2018 when Maria Balabaş, a journalist with Radio România Cultural, participated in an International Feature Conference in the Czech Republic capital Prague with a radio feature about a story that happened in the 1990s in România.

“After the listening, I received two kinds of feedback – the one from the Western Europe and the one from Eastern Europe,” she said. “Instantly, I felt a strong connection with the people from the East and I had the intuition of a radio project that could unite us, through personal stories.

“Our generation is divided into those who left and those who remained. The chaos of the 1990s shaped and defined our childhood,” Maria continued. “On one hand was the poverty of the transition period and on the other was western culture with its American films, British music and pop culture of all kinds.”

Personal stories became the main instrument of the initiative, to emphasise the common elements of the recent history of that part of Europe and focus on the changes showing up in the individual circumstances, asking what freedom means for the generation of young people growing up in the last 30 years.

Maria said that, after receiving the contributions of their partner broadcasters, they could sense the need for an initiative like this.

“This project contributes to a deeper knowledge of our recent past and raises awareness on the ‘people’s profile’ of Central and Eastern Europe, helping them to integrate and adapt better to the today’s world. ‘Raised to Be Free’ is also a celebration of radio – one of the most significant media for this historical period,” she said.