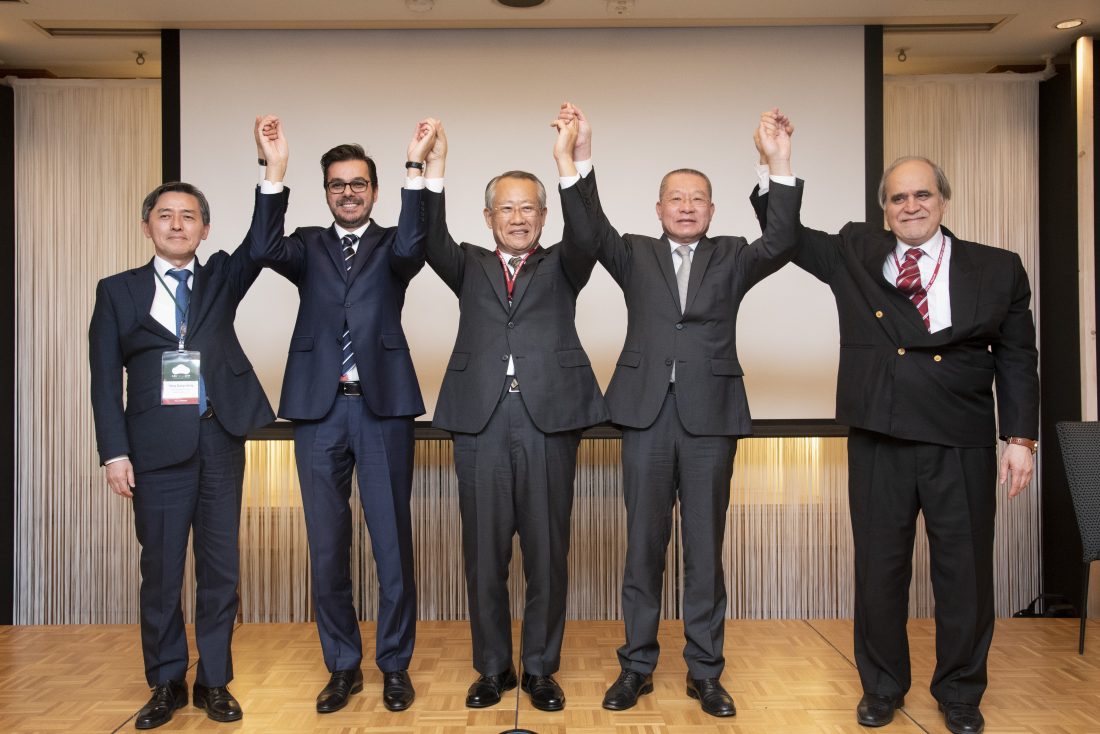 At the conclusion of the ABU General Assembly convened in Tokyo on 22nd November, the ABU full members re- elected KBS Korea and RRI, Indonesia to serve the ABU Administrative Council for another term of three years from January 2020.  National Television and Radio Company of  Uzbekistan was also elected as a new member of the ABU Administrative Council for three years, from January 2020.

In addition , Nepal Radio was elected to serve as a member of the Admin Council for two years. The ABU Full Members also elected Mr Yang Sung – dong, President and CEO of KBS Korea as a new ABU Vice President with immediate effect. Mr Yang will continue to serve as the Vice President for three years from January 2020.  The ABU Secretary General Dr Javad Mottaghi expressed his great appreciation for the support and contribution of former ABU Vice-President Ms Supriya Sahu , formerly Director General, Doordarshan – India, who stepped down earlier this year.

NHK and ABU President Mr Ryoichi Ueda congratulated  Mr Yang Sung-dong, President and CEO of KBS Korea for his new position as Vice President of the ABU. At the meeting Mr Yang Sung-dong stated: “I am honored to have the chance to serve as Vice President and hope to demonstrate my leadership ability in this role and help the ABU achieve its goals.” He went on to state that he hopes to share the expertise of KBS Korea with other members.

Mr Ibrahim Eren of TRT Turkey and Mr Sun Yusheng will continue to serve as ABU Vice Presidents.The newly-elected member organisations to the AC Council as announced by the President of NHK and ABU, Mr Ryoichi Ueda are:RRI Indonesia re-elected;

The meeting finished with the handing over of the ABU TV Song Festival flag to the next host organisation — VTV Vietnam, who will host the next General Assembly in 2020 in Hanoi

To thank NHK for staging an excellent General Assembly this year, Dr Javad Mottaghi and Mr Yang Sung-dong jointly presented a plaque to the ABU President, who then declared the GA officially closed.