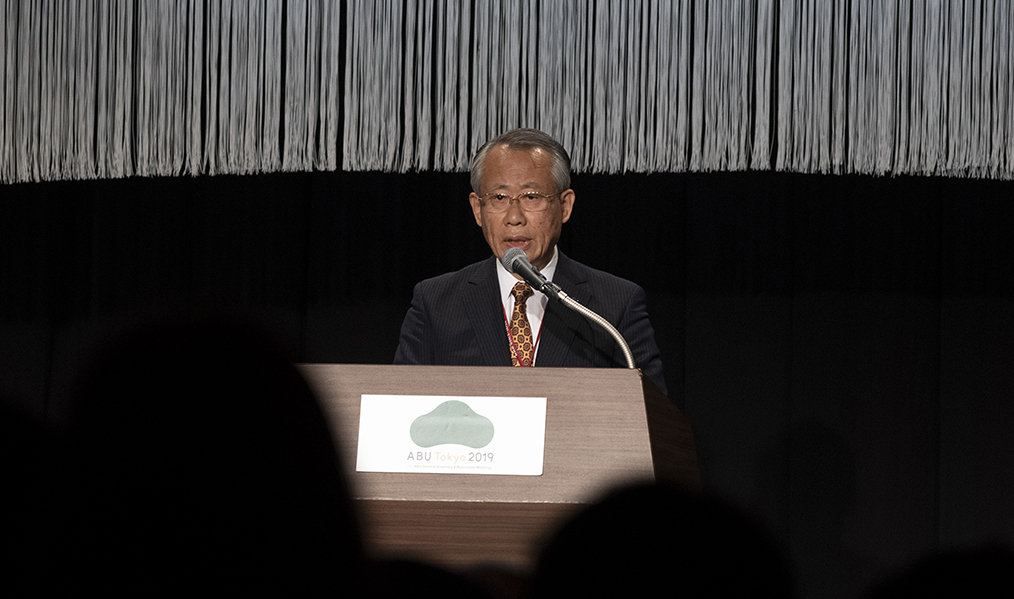 He will be stepping down as President of NHK and ABU on 25th January 2020.NHK remains fully committed to the work and mission of the ABU and will work closely with ABU and members for the development of broadcasting.

On behalf of the ABU membership, Administrative Council and Secretariat, the ABU Secretary – General, Dr. Javad Mottaghi expressed his sincere thanks and appreciation to President Ryoichi Ueda for his leadership, passion and wisdom in leading the Union over the years.  Dr. Mottaghi particularly referred to Mr Ueda’s outstanding leadership which made the 2019 ABU General Assembly in Tokyo, the best and the most productive GA in the history of the Union.

In recognition of the invaluable contributions of Mr Ueda, the ABU Administrative Council unanimously approved his nomination as the ABU Honorary Councilor with effect from 25th January 2020.

In accordance with Article 9 Clause 5 of the ABU Statutes, the current ABU Vice President, Mr Ibrahim Eren, who is Chairman and Director- General, TRT, Turkey will assume the role of ABU Acting President with effect from 25th January 2020 until the forthcoming ABU General Assembly in Hanoi in October 2020, where members will have the opportunity to elect a new ABU President. The ABU Secretary – General has expressed his thanks to Mr Eren for accepting to lead the ABU.

Dr Javad Mottaghi emphasized that the ABU Secretariat is committed to ensuring that the Union continues to function effectively and efficiently in the interests of all ABU members.