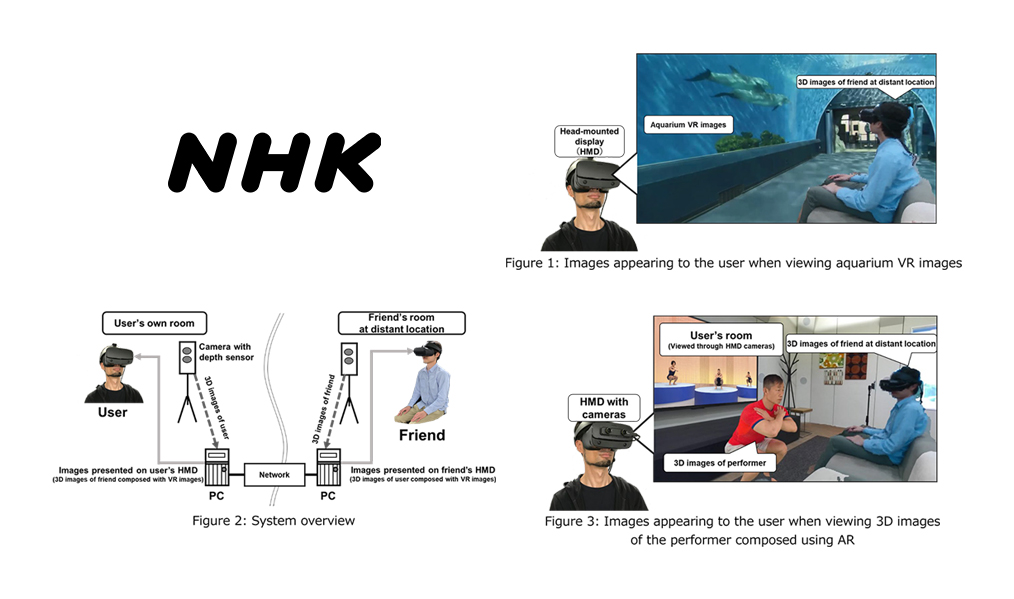 NHK Science & Technology Research Laboratories (NHK STRL) is conducting research on new media technologies for the future, including new viewing styles utilizing virtual reality (VR) and augmented reality (AR) technologies. STRL has developed a space-sharing content viewing system that enables users to view content as if a person at a distant location is together with them in the room.

A user of the system can, for example, enjoy VR images of an aquarium with the feeling that a friend, who is actually at a distant location, is sitting beside them. 3D images of the friend at the distant location is composed with the aquarium VR images and presented on a head-mounted display, creating an experience that feels like the friends are together at the aquarium.

3D images of the friend at the distant location is captured in real time using a camera with a depth sensor and transmitted to the user. Similarly, 3D images of the user are also captured, sent to the friend, composed with the aquarium VR images, and displayed. Thus, friends can view the content while communicating with each other through conversation, hand gestures, and body language.