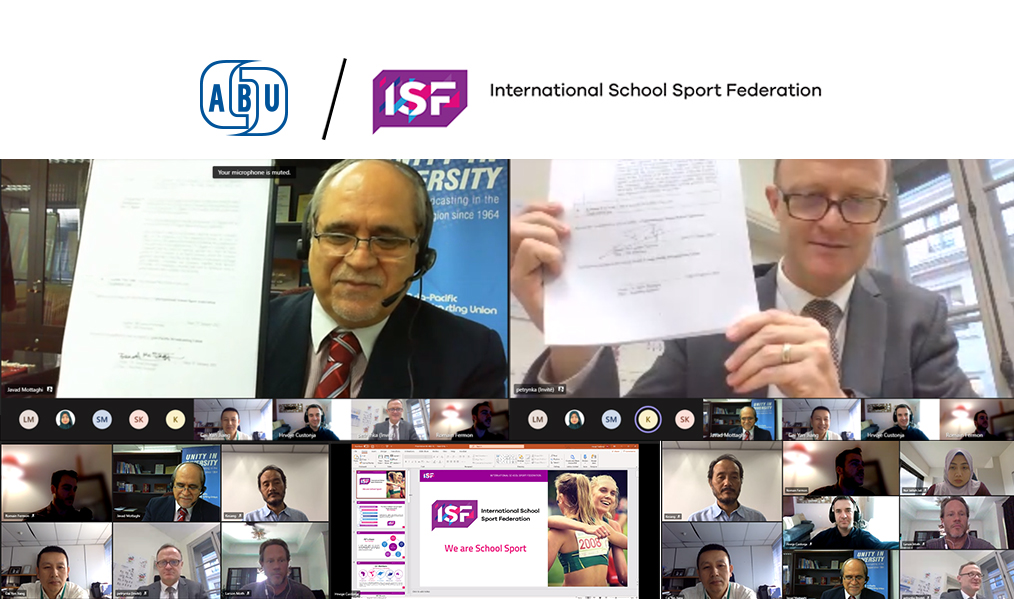 On 7th January 2021, the International School Sport Federation (ISF) and the Asia Pacific Broadcasting Union (ABU) signed a two-year partnership agreement, which will contribute to increasing the promotion of ISF events in the Asia – Pacific region and countries through the extensive ABU members’ network. The signature of the agreement has been organised virtually between the ISF President – Mr Laurent Petrynka, the ISF Secretary General/CEO – Mr Hrvoje Custonja and the ABU Secretary General – Dr. Javad Mottaghi.

The collaboration will be implemented particularly through the broadcasting of the major ISF international school sport events such as the ISF World Schools Championships and the Gymnasiade to the Asia-Pacific audience. The ISF signed for the Non-exclusive Media & Broadcast rights for live terrestrial and for highlights and news including all moving media, online broadcast, and mobile platforms of the events. This collaboration is taking place in the framework of the preparation of the 18th ISF Gymnasiade, Jinjiang 2020 taking place in the city of Jinjiang, China from 16th to 21st October 2021.