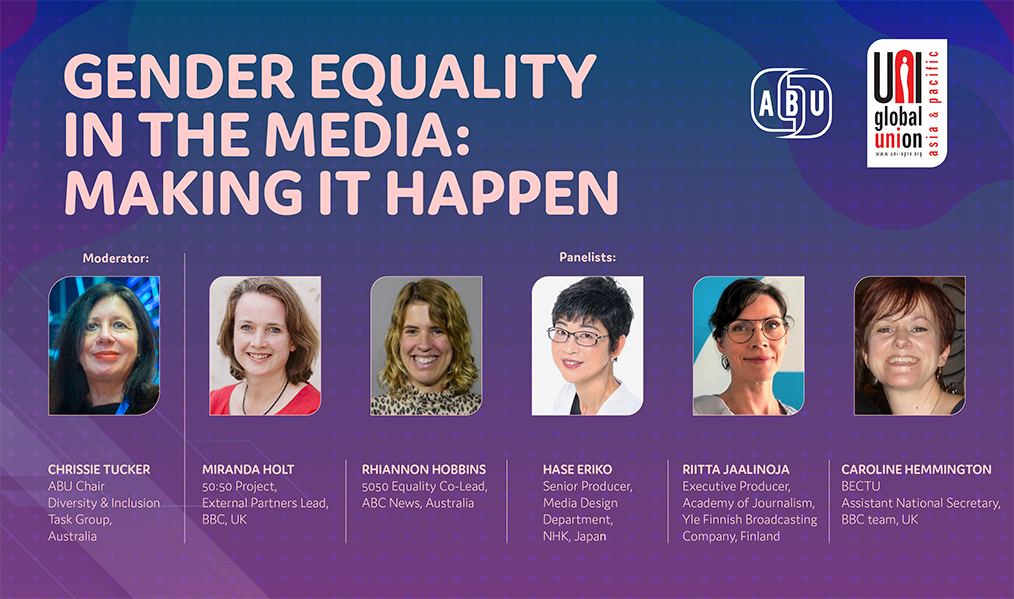 A BBC-led project to achieve gender equality in broadcasting organisations around the world is making excellent progress, a webinar has heard.

Organised jointly by the ABU and UNI Apro MEI, the webinar on 7 March featured speakers from four major broadcasters. It focused on 50:50 The Equality Project, launched by the BBC in 2017 to promote journalism and media content that fairly represents the world. 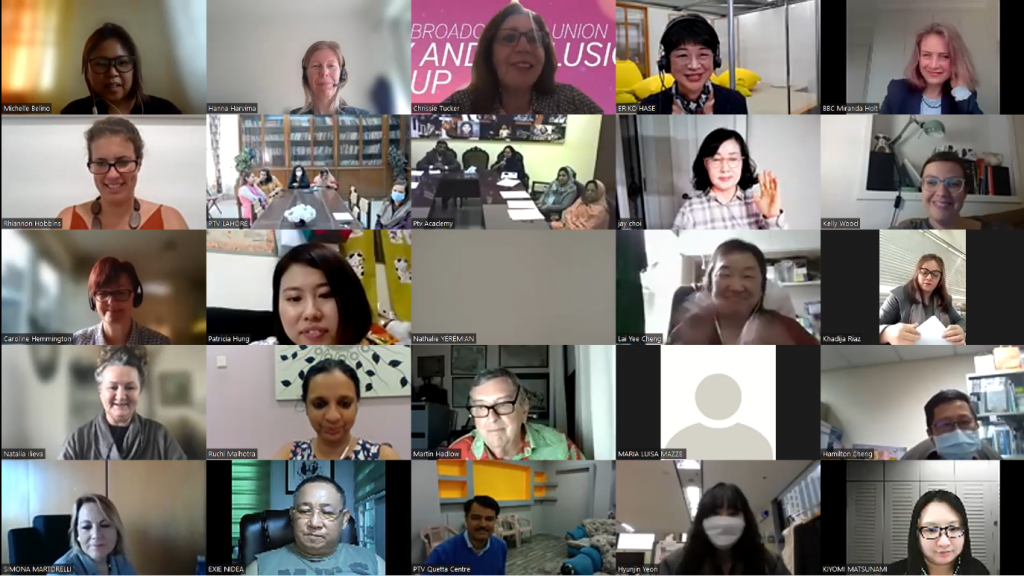 The webinar, entitled Gender Equality in the Media: Making it Happen, was held to mark International Women’s Day, which fell on 8 March.

The BBC’s Miranda Holt told participants that 730 teams within the BBC, mostly in news and content, were implementing the project, as were 135 partners in 29 countries.

She said the project was proving that more diverse content was possible. Younger users of BBC content were highly appreciative of the greater representation of women in content, she said.

Rhiannon Hobbins of ABC News in Australia, which joined the project in 2019, said good advances had been made in gender equality in the areas of news, analysis and investigation.

“Our efforts to achieve gender diversity were really enthusiastically received by people both inside and outside the ABC.”

Hase Eriko of Japan’s NHK said the public broadcaster had joined the 50:50 Equality Project in January 2021. Because of widespread interest, it was now looking to expand it. She quoted a producer as saying: “Gender is now on the back of everyone’s mind.”

Ms Hase said the challenge had started modestly with six programmes taking part. “But over the past year, programme after programme, not only in Tokyo headquarters but in regional bureaus, expressed their interest.”

Riitta Jaalinoja of Finland’s YLE said her country was a frontrunner when it came to gender equality but traditionally women had been just as under-represented in news and programme content as in most media.

Challenges remained but after joining the BBC-led project in 2019, YLE was making important strides forward. ”The idea is to get 50:50 in the big picture, not necessarily in every story or programme.”

Caroline Hemmington, who represents the BBC division in the union BECTU, said the union was obviously in favour of diversity. The key challenges included changing the internal culture and the need to ensure there was no tokenism.

The webinar moderator, Chrissie Tucker, said the 50:50 project had commenced only in 2017 and in a short time had achieved many successes.