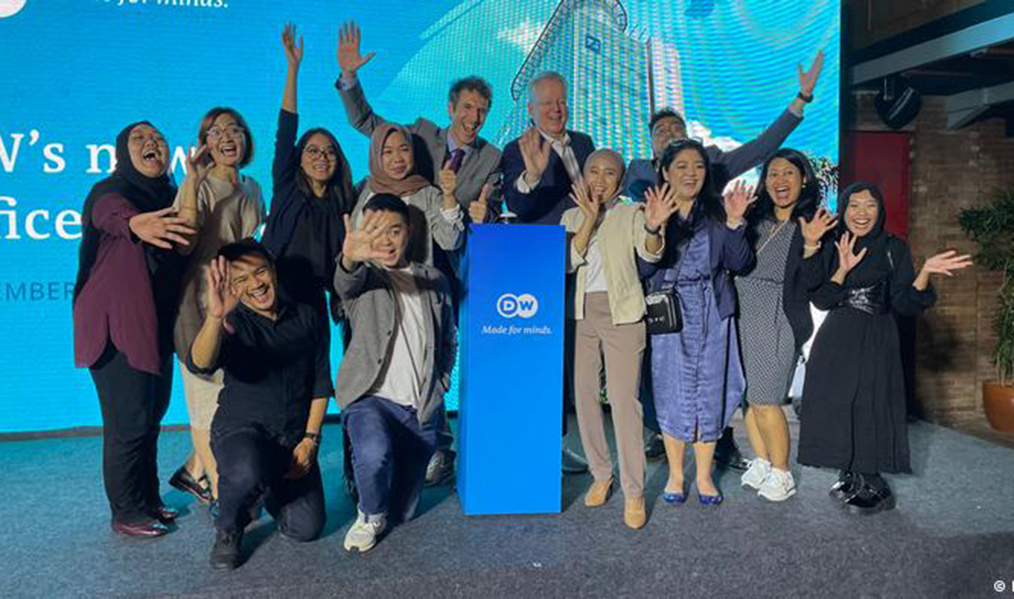 DW Director General Peter Limbourg opened the bureau. He described it as “an important step for DW to get closer to our target groups in one of the most important regions of the world”.

With Indonesia being the region’s largest economy and a key political player, the new bureau is in a strategic location to cover events across several countries.

DW is building a team of correspondents in the region who will contribute to the Indonesian language service as well as the network’s global journalistic output.

With a network of reporters and video journalists across the region, all coordinated from the Asia-Pacific Bureau in Jakarta, DW will be able to boost its output of exclusive stories.

DW Jakarta Bureau Chief Georg Matthes said: “Reporting from the Asia-Pacific region is not nearly as comprehensive as it should be given the geopolitical importance of this part of the world.

“Our team does not just report on Indonesia, but on a large region facing economic and environmental changes that will have a global impact.

“The editorial team provides news and background to all of DW’s linear and especially digital channels in multiple languages.”