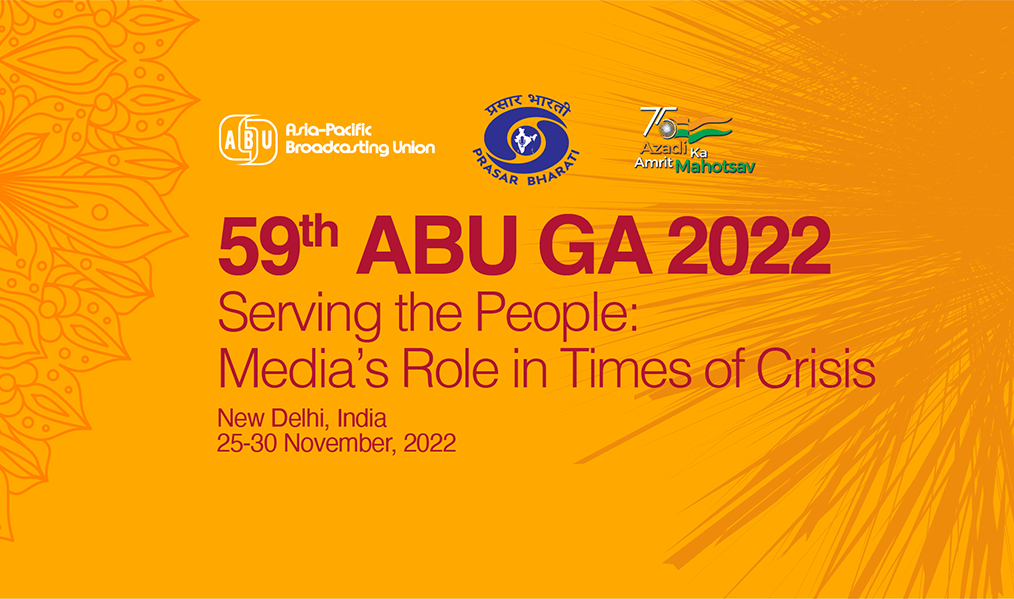 Counting down to ABU annual meetings

Final preparations were underway on 23 November for the 59th ABU General Assembly and Associated Meetings, as delegates continued to arrive in New Delhi from the region and beyond.

The meetings are the first to be held in-person since 2019, after taking place virtually for the past two years. This year’s theme is ‘Serving the People: Media’s Role in Times of Crisis’.

India’s public broadcaster, Prasar Bharati, is hosting the meetings for the first time since 2011.

They begin on 25 November with the Programme Bureau Meeting, which will be followed over the next three days by a range of technical, programme, sports, governance and international development meetings.

The General Assembly itself takes place on 29-30 November.

The highlights of the annual meetings include the ABU TV Song Festival on 27 November and the presentation of the annual ABU Prizes on 29 November.