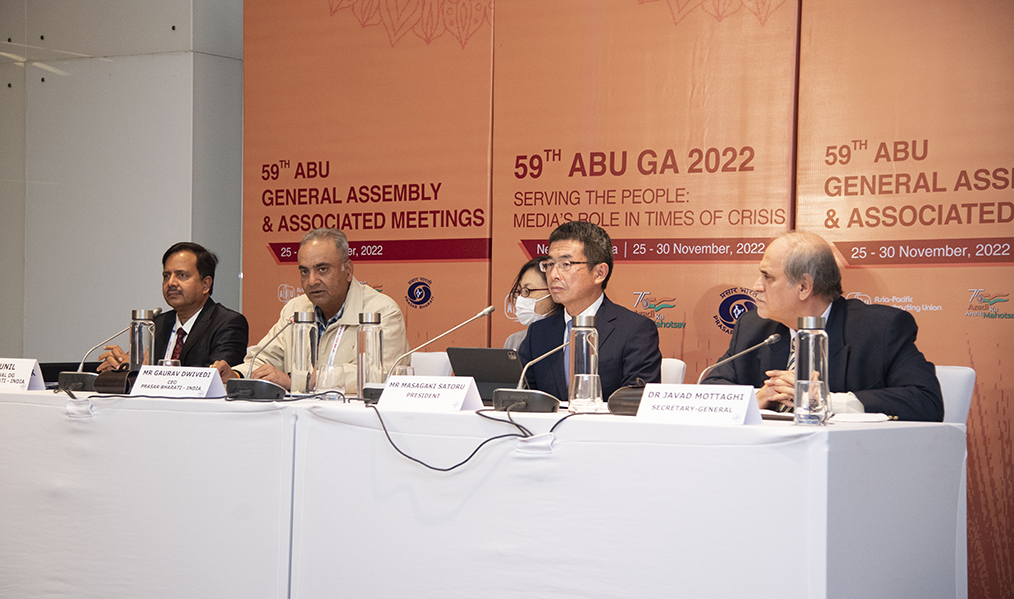 Public service broadcasters had been able to retain the trust of audiences during the pandemic by providing accurate news and information, the ABU President, Masagaki Satoru, has said.

Speaking at a press conference for local media on 26 November, he said traditional media would be able to meet the competition from digital giants and others by ensuring their audiences were accurately informed and educated.

The new CEO of Prasar Bharati, Gaurav Dwivedi, said public broadcasters could help meet the challenge from private stations by learning from the experiences of their counterparts in other countries.

This was one of the benefits of the ABU annual meetings, he said. Prasar Bharati is hosting this year’s meetings, which have brought together more than 300 people from the region and beyond.

The ABU Secretary-General, Dr Javad Mottaghi, said Prasar Bharati had played a key role during the pandemic by providing education for children who had been unable to attend school for extended periods.

He said the role of the ABU was one of partnership – broadcasters working together to meet challenges and solve problems.

Public broadcasters had suffered a lot during the pandemic but their task of serving the public had not changed, he said.