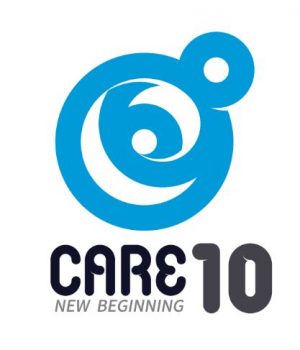 CARE (Change Asia Rescue the Earth), the annual co-production initiative developed in co-operation with the Korean Broadcasting System (KBS) and the Asia-Pacific Broadcasting Union (ABU), carried out its first series of co-production in 2010 under the theme of the UN Millennium Development Goals (MDGs). The CARE has certainly been an encouraging joint effort in which some of the ABU member broadcasters continue to contribute to the project for the last 10 years to help achieve the UN goals aimed at creating a better future for all the people around the world.

Titled the ABU CARE 10, the 10th series of the CARE co-production will revisit the UN Millennium Development Goals (MDGs), the topic of its inaugural series. The new series will thoroughly review in what ways the annual project has actually contributed to the global goals.

‘New Beginning,’ the topic proposed for the ABU CARE 10, will be a chance for members of the ABU to examine their own flagship co-production project. ‘New Beginning’ is also expected to serve itself as an international announcement for a fresh new start of the 10-year-old CARE. Also, the ABU CARE 10 will be a timely opportunity to reaffirm its ultimate goal which is to ‘Change Asia and Rescue the Earth’ and help create a better world through achievement of sustainable development

The first of the two meetings for this co-production project will take place in Milan (refer to the poster here), in conjunction with ABU – Rai Days.

Participating organisations through their selected  TV documentary producer(s)/director(s) will present their story ideas to each other and CARE Executive Producer, via online to get feedback. They will then produce their rough cuts of their documentary and then present it in the first meeting.

They will have the chance to further refine their respective documentaries back in their country and finally exchange the completed version at copyright-free on the basis of “Make One, Take All” with each other during the second meeting.

Please Note: There is no Visa-on-arrival scheme in Italy. If you need a visa, you must secure it before you travel. Visit this link to check whether you need a visa for Italy: http://vistoperitalia.esteri.it/home/en .  It may take some time to process the Visa, so please check the formalities with the Italian embassy or consulate in your country as soon as possible.

RAI will be happy to send you a Visa invitation letter upon request once you have registered as a delegate.