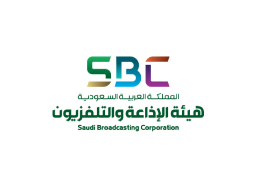 Public radio broadcasting in the Kingdom of Saudi Arabia began in 1948. In 1964, the Riyadh Broadcasting Station began its transmission, and in 1979, the stations were unified into the General Service.

Public television broadcasting in Saudi Arabia commenced in 1965.There are currently 10 television channels, comprising two general entertainment channels in Arabic and English, two channels specialising in sports, a news channel, a children’s channel and a 24-hour live broadcast from Makkah and Madinah. There is also a channel for finance and one for culture.

Based at its landmark television complex in Riyadh, SAB/SAR is part of the Ministry of Culture and Information. It employs about 4,000 staff.

Terrestrially within the kingdom, there are 23 AM radio stations and 160 TV stations, 100 of which also broadcast FM radio. All Saudi TV channels are available on Arabsat and Nilesat. In June 2006, digital terrestrial broadcasting began with four TV channels, four radio programmes, and an interactive service reaching most parts of the country. It is expected that 95 percent of the population has been receiving digital transmission since June 2011 from 110 transmitting sites.