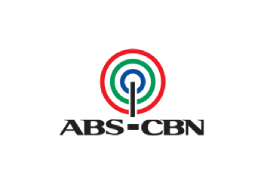 Amcara Broadcasting Network, Incorporated (the Company) was incorporated on April 12, 1994 in the Philippines. The Company’s primary purpose is to own, operate and maintain, or otherwise deal in radio and television broadcasting, including VHF-TV, UHF-TV, AM radio, FM radio, direct broadcast via satellite, MATV, CATV, digital audio broadcast, digital television, HDTV, MMDS, and other forms of radio broadcasting.

The company is 49% owned by ABS-CBN, a publiclylisted Philippine company, and 51% owned by individual shareholders.

The Company, using the branding “Studio 23”, broadcasts as a UHF Free-to-air channel on channel 23 in the Mega Manila area, and various UHF channels in more than 14 provinces across the Philippines.

Studio 23 Inc., a subsidiary of ABS-CBN Corporation (ABS-CBN), under a block time arrangement, provides the content which the Company transmits nationwide.

The Company is currently ranked as the number 1 UHF-TV channel and the 4th overall free-to-air channel in terms of national ratings.