ABU-KBS peace forum a move in the right direction 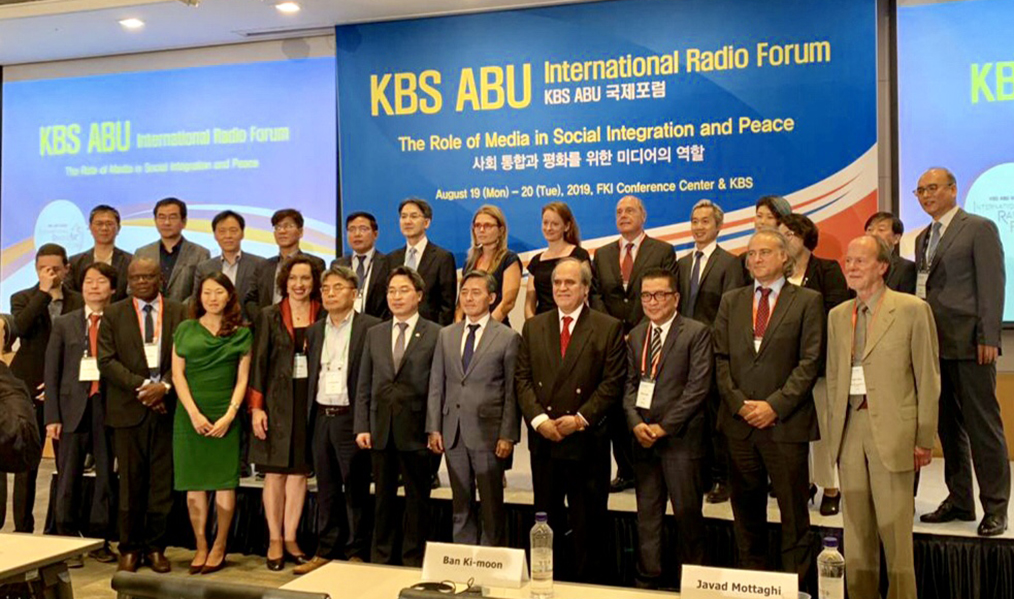 ABU-KBS peace forum a move in the right direction

Media experts from around the world came together in Seoul to chart media’s course for peace and reconciliation in the Korean Peninsula.

Hosted in Seoul by KBS’s Global Korean Network Channel, the two-day forum themed “The Role of Media in Social Integration and Peace” looked at how the media dealt with divided countries and cultures in the Korean peninsula and in similar hotspots around the world.

Former UN Secretary-General Ban Ki-moon delivered a keynote address [See separate story] and among the global experts who spoke at the conference was KBS President and CEO Yang Sung-dong.

He described the hopes of everyone in South Korea for reunification and reconciliation and he said in that sense the media’s job was not only to report what was going on but also to consider how to heal the effects of the long separation and look forward to a peace and future that both Koreas could create together.

He also thanked the ABU for their partnership and spoke of the role of media in peace and reconciliation, in particular the role of KBS as the largest broadcaster in Korea and one with a Public Service remit.

“This year’s KBS broadcasting policy is ‘Peace Together or a Future Together’, he said.

“Of course, the peace process on the Korean Peninsula will not be smooth. However, I am confident that with your support and solidarity, the journey toward the peace will be in the right direction.”

Mr Noh Woong Rae, Chairman of the National Assembly’s Science and Technology Broadcasting and Communications Commission (Korea) said the forum came at an opportune time. Korea was a proud country that dreamed of peace and stability not only in the Korean Peninsula, but for everyone wanting to live and prosper together.

In welcoming delegates and guests, ABU Secretary-General Dr Javad Mottaghi said the theme of the conference was “very dear to the core mission of the ABU and the hearts of all our members who are working towards global, regional, and local peaceful coexistence”.

“We at the ABU believe in dialogue and have faith in media being both the vehicle and the product of dialogue,” he said. “In the process of dialogue, reaching a common view is not as important as reaching a mutual understanding. Such initiatives will help establish peace and tolerance in the extremely complex world we live in today.

“I highly appreciate and support KBS’s initiative in creating and strengthening such a meaningful dialogue.”