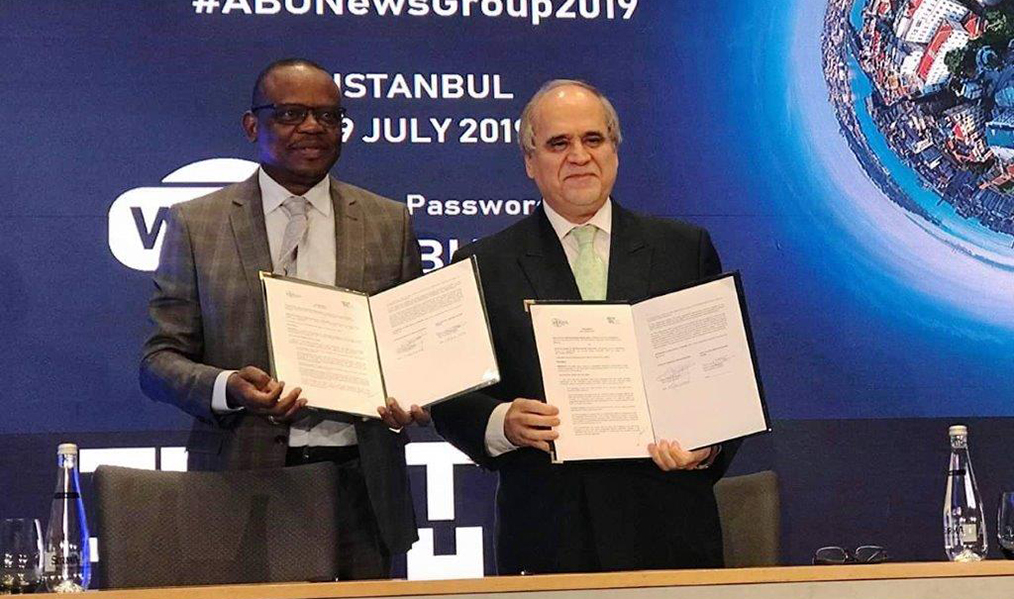 After signing a Sister Union agreement to swap items between the ABU’s news exchange program Asiavision and the African Union of Broadcasting’s news exchange AUBvision, the News Department has begun curating news stories from Africa.

This past week, AVN officially began the exchange, under the agreement which allows both unions to swap up to 60 news items a month. The start coincided with a crucial moment in African history with the death of one of the region’s most prominent leaders, Robert Mugabe of Zimbabwe.

Last month, ABU also connected its members to South America, through an arrangement with AIL, Alianza Informativa Latinoamericana (Latin American Informative Alliance) to upload footage from Brazil, Paraguay and Bolivia as a record number of fires raged across the Amazon rain forest.

Headquartered in Dakar, Senegal, the AUB is an emerging Union that has just started its television news exchange, AUBvision. The AUB has 48 Members, of which 20 are active on AUBvision. These countries include Angola, Benin, Botswana, Burkina Faso, Cameroon, Ghana, Guinea, Kenya, Nigeria, Rwanda, Senegal, Togo and Zambia.