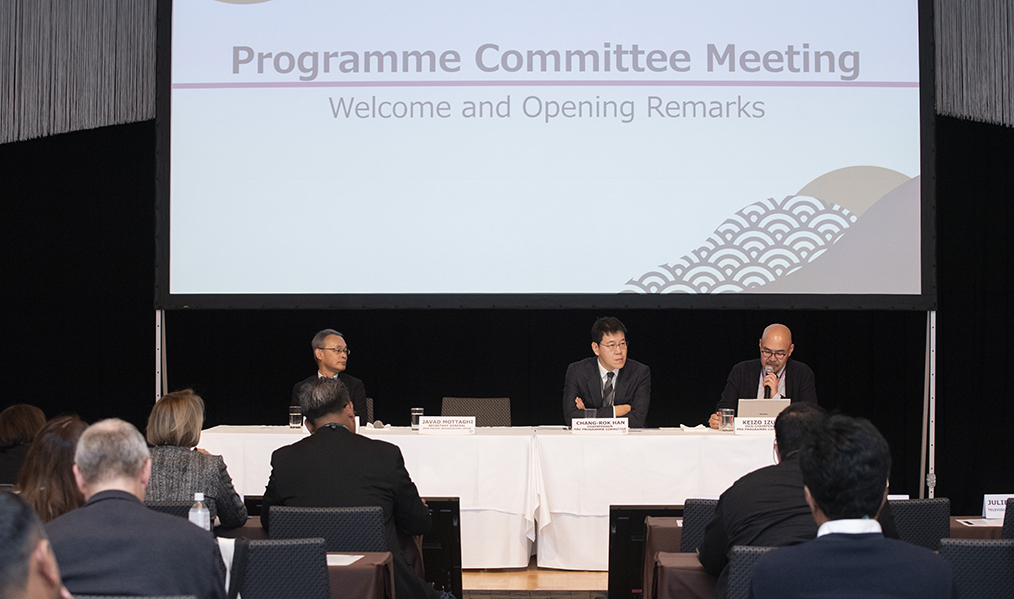 The ABU Programme Committee began its two-day meeting on 17 November, with an agenda that included two thought-provoking panel sessions.

If there was an overall theme running through both sessions, it was the need for broadcasters to find new ways to engage with younger viewers.The Committee started with a special session of Future Co-Productions for Creating Innovative Contents where five panellists from Asia and Europe shared their views on how best create co-productions to provide an alternative to emerging new global players.

The moderator, Hakim Amir of Malaysia, said the key focus should be on engaging millennial viewers. It was a point echoed by panellists, some of whom noted that many young people were now watching less television.Among the successful strategies highlighted by panellists was a European co-production alliance among public service broadcasters in Italy, France and Germany.

The session also heard how co-productions between various partners in Africa and overseas had attracted new viewers in Africa with their lively content. The second session featured an expert panel who examined the issue of how broadcasters can cater to increasingly fragmented audiences.

Speakers from the UK, Turkey, New Zealand, Ireland and Japan gave their thoughts on how to respond to increased competition and changing audience habits, especially among younger people.

As one panellist noted, broadcasters can reach new audiences only by understanding them better. They need to determine why viewers and listeners choose the content they do, and develop new strategies to target them.

The meeting is being chaired by Mr Chang Rok Han of KBS-Korea. It continues on 18 November.