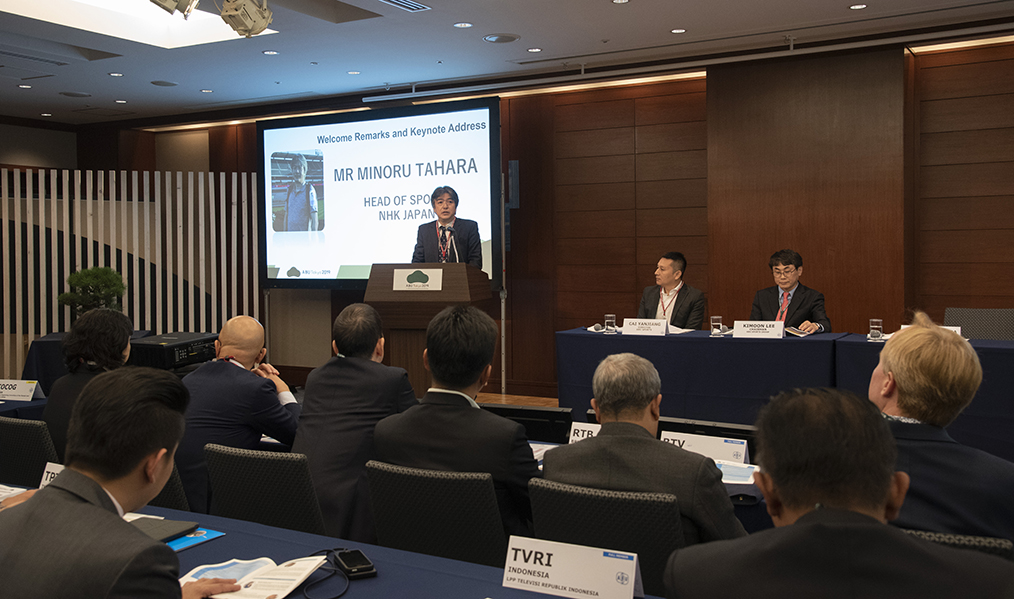 The issue of sports rights was on many peoples’ minds when the ABU Sports Group Conference began its two-day meeting on 17 November. The meeting was chaired by Mr Kimoon Lee of KBS-Korea, Chairman of the Sports Group. Welcoming participants, NHK’s Head of Sports, Mr Minoru Tahara, said the changing media landscape had brought more challenges and more competition for broadcasters. NHK was taking these challenges very seriously, he said.

In his report to members, the Director, ABU Sports, Mr Cai Yanjiang, outlined the successes of the Sports Department over the past 12 months as well as some of the issues that needed to be addressed.He said Sports Group members were facing huge pressure due to the overwhelming structural changes in the industry.

Sports was now considered less as a public resource to stimulate the public spirit and educate the youth, and more as a commercial tool attached to the sports events, he said.

Mr Cai said ABU Sports would work closely with its training partners to offer more training events to meet the requirement of members. “In a fast changing industry, all of us have to learn, adapt and be more competitive in the modern media world.”

A Members’ Forum at the meeting also concentrated heavily on the issue of sports rights, with complaints that some rights holders were attempting to extract too much money from broadcasters.