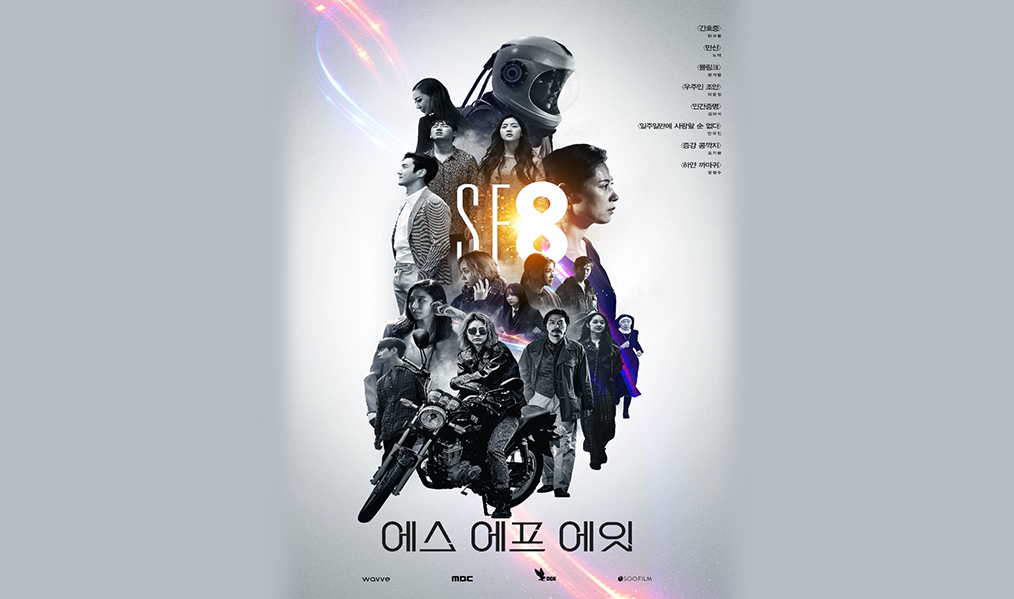 MBC opens doors to a brave new world of storytelling, a Korean original sci-fi anthology series. The project entitled <SF8> (8 x 50’) is produced in collaboration with Wavve, Korea’s largest OTT platform and DGK (Directors’ Guild of Korea). Each of the 8 episodes are directed by one of 8 acknowledged film directors of Korea, raising high expectations among both Korean film and drama fans, as well as sci-fi enthusiasts.

<SF8> (8 x 50’) revolves around people who dream of a perfect society. It explores the most of-the-moment themes such as artificial intelligence, augmented reality, virtual reality, robots, games, fantasy, horror, superpowers and disasters.

Filled with compelling characters and powerful stories, the project awaits its rendez-vous with the audience this summer. The director’s cut will be released online on Wavve in July 2020 and the original episodes will be aired on MBC TV at 9:30pm prime-time every week starting from August 17th, 2020.

Every episode portrays different style and creative vision of each of the 8 directors. To name a few, <Empty Body> directed by KIM Ui seok depicts a future world populated by human-imitating AIs, <The Prayer> directed by MIN Kyu dong pictures a hospital ward where caregiver robots agonize over the patients and <Love Virtually> directed by Oh Ki hwan is a comic love story about a boy and a girl who meet via virtual reality eventually falling in love in reality as well. Some episodes are gripping horror or adventure stories, other are emotionally intense and draws groundbreaking visuals, but one thing for sure is that all of the 8 futuristic tales are entirely different from what you would normally expect from a Korean drama series.

Creator of <SF8>, MIN Kyu dong expresses his hope towards the project. “Science fiction films were the driving force behind many Korean film directors’ dreams. Unfortunately, due to the relatively high budget and narrow market limitations, most production ideas have not been realized. Being the president of DGK (Directors’ Guild Korea) for the past 2 years, I searched for short form projects in which film directors can expand their creative opportunities. Through collaboration with MBC and Wavve, I am happy that we were able to compile the energy of recent science fiction novels into moving images”.

He also added his thanks to all the directors and the production team of <SF8> for the successful completion of production despite the challenging situations due to COVID-19 crisis. MBC points out the significance of <SF8> production for the Korean media industry. “<SF8> is a theatrical film and TV drama crossover production which we have co-produced with DGK from the initial stage of selecting the original stories. Moreover, it is all the more meaningful that <SF8> is a high quality multi-platform development between Wavve and MBC.”