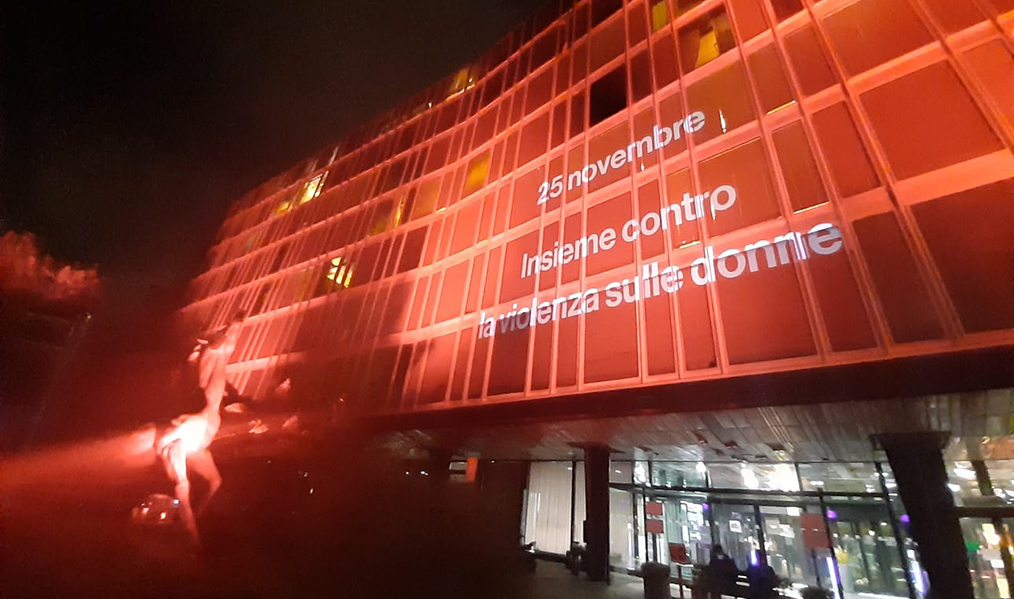 ABU member RAI’s Italian headquarter in Rome was lit in a dramatic red colour to mark the International Day for the elimination of Violence against Women, which takes place every year on 25th November.

Italy’s Public Service Broadcaster is part of a nation-wide initiative to raise awareness of and prompt action to end male violence against women. The main message that went on all RAI programmes on all channels was:

TOGETHER TO ELIMINATE THE VIOLENCE AGAINST WOMEN

RAI has kept this message on its Headquarter building with a lighting system, projecting this invitation and repeating the message upon all television and radio channels, on Rai Play and with a dedicated section within films, documentaries, interviews, news reports and information insights. All the protagonists of Rai’s programmes, news and columns have been invited to spread the message on social networks, as well.

All Departments of  RAI have been involved in the preparation of the campaign on TV and Radio channels and of the digital platform. All parties have pledged themselves and the whole day has been focused on this issue. A slogan and a graphic package have merged all the initiatives adopted by different channels in a virtual marathon. The main feature is the red bench which Rai has long since chosen as a symbol of the fight to eradicate the violence against women.

The  COVID -19 pandemic caused a spike of the number of victims of all forms of violence against women, especially domestic violence due to social isolation measures and working from home.  Before the crisis in Italy, the International Day for the elimination of Violence against Women was marked by protest in streets and squares, meetings to  commemorate the victims, listening to those who survived femicide.

RAI commitment to the campaign demonstrates how Public Service Media can work as a virtual meeting space to strengthen the will to eliminate the violence against women, a commitment whose importance is even greater this year because of the increasing risk due to the lockdown.