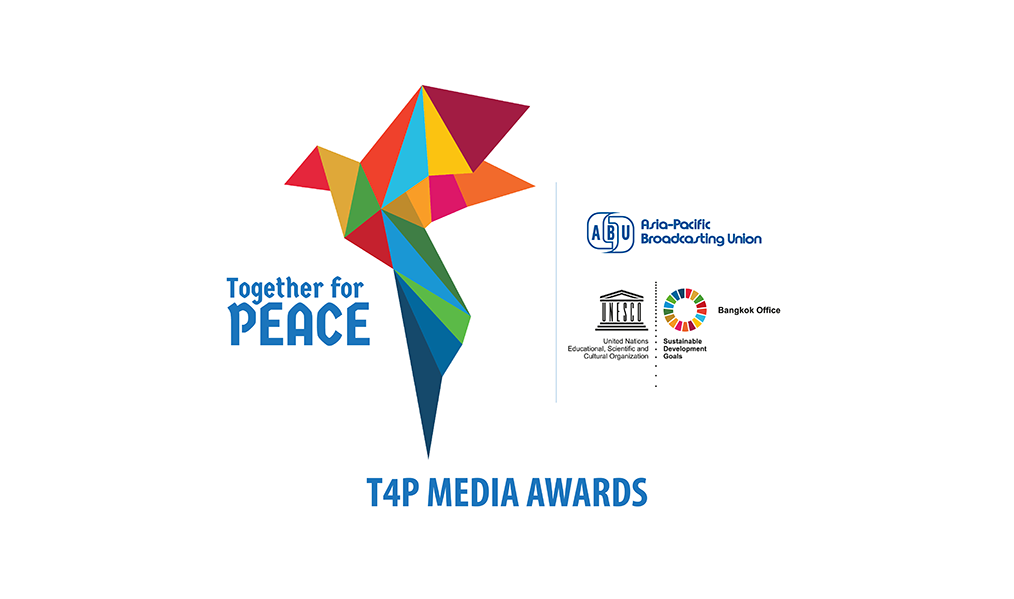 The ABU and UNESCO launched Together for Peace Media Awards (T4P Media Awards) during the UNESCO Regional Dialogue on the role of education in building a peaceful and sustainable future in Asia-Pacific, held on 30-31 March 2021. The submission of entries to the competition opens on Monday, 5 April 2021.

Introducing the T4P Media Awards, the ABU Secretary General Dr Javad Mottaghi said: “The Awards will open space for story-telling that inspires and promotes what unites us – not what divides us. We hope to grow the Awards as a global platform to encourage media professionals to shine the light of publicity on efforts to build bridges and foster understanding and tolerance between individuals, communities and nations.  We need such inspiring engagement more than ever now – after the devastating pandemic, and emerging climate crisis, which is a new source of conflicts and inequality on a large scale. “

Mr Shigeru Aoyagi, Director of UNESCO Bangkok Regional Office pointed out:  “The key message of the Media Peace Awards is that with diverse cultures, traditions and values, there are always common concepts and goals to be appreciated and upheld among countries. Media Peace Awards brings positive peace examples through better understanding of our own past and that of our neighbours, appreciation of our shared heritage and differences, and better communication on our common humanity and interconnected future. This is particularly important in times of hate speech and disinformation.”

The Awards are launched under the TOGETHER FOR PEACE initiative undertaken by UNESCO Asia – Pacific Regional Office and supported by the Government of Japan.  T4P Media Awards highlight the crucial role of independent and ethical journalism, combined with Media Information and Literacy and critical thinking of citizens for peace-building and promoting understanding within and between countries.

The winners of the 2021 T4P Media Awards will be announced during the ABU Prizes Gala Ceremony held in association with the ABU General Assembly in Hanoi, Vietnam 23 – 28 November 2021.