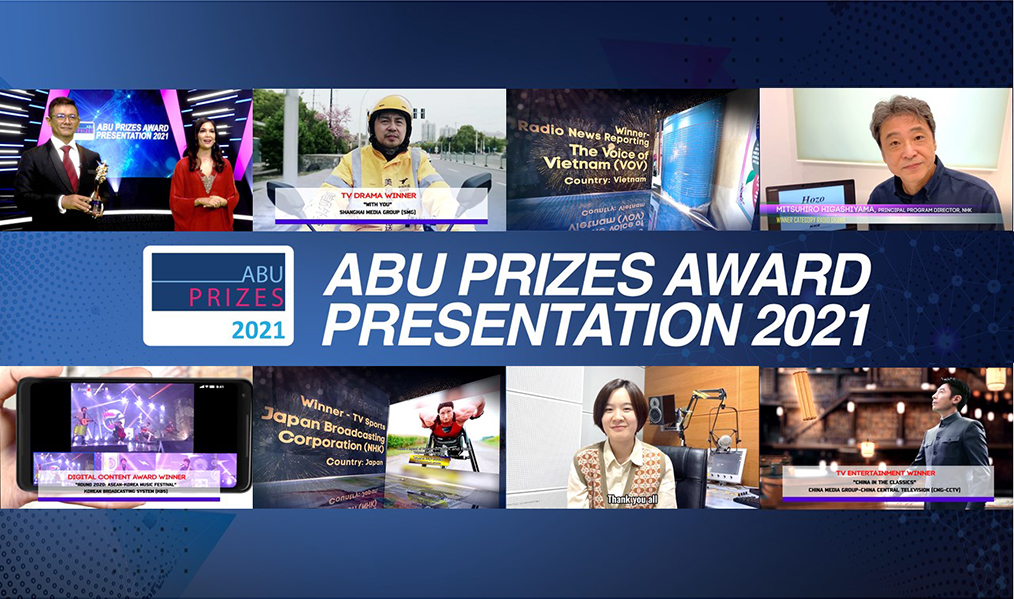 CMG-China was the biggest winner at the ABU Prizes Award Presentation 2021! It was held virtually hosted by Sharizan Borhan and Azura Zainal on November 17, viewed by 213 people via Zoom, Facebook Live and YouTube Live. 17 content awards across Radio, TV and Digital Media were presented from 300 entries in total. (104 in Radio,167 in TV, 29 in Digital Media)