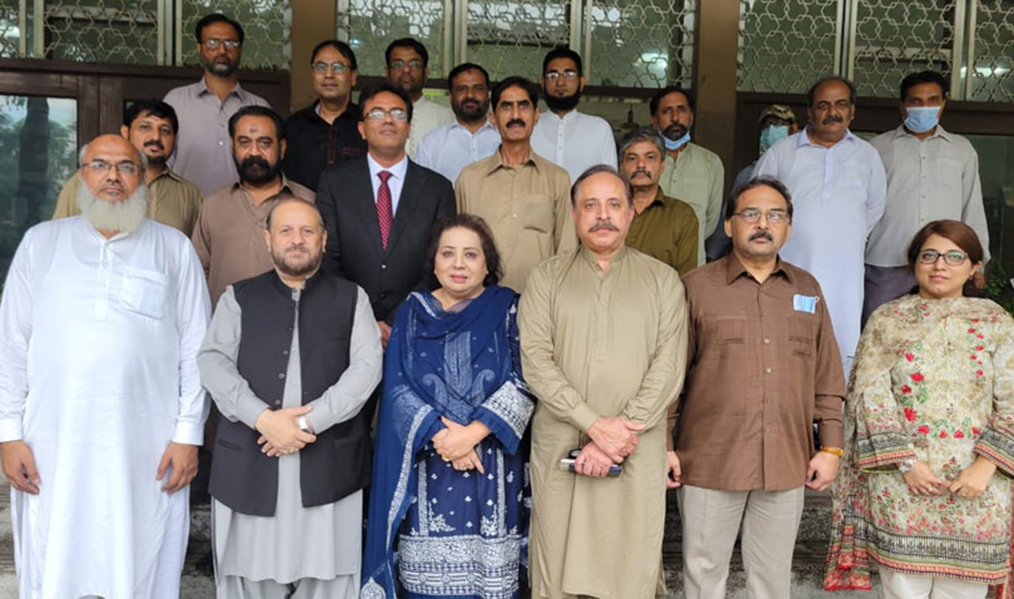 Radio Pakistan will soon start broadcasting round-the-clock from all its stations in the country, the Director General of Pakistan Broadcasting Corporation, Sohail Ali Khan, has said.

Addressing a meeting at Radio Pakistan in Lahore on 29 July, he said the public broadcaster was upgrading its transmitters installed at different stations so that listeners could enjoy quality transmission across the country.

He said Radio Pakistan, as the voice of the nation, was playing an important role in disseminating information and providing entertainment and infotainment.

He said the broadcaster was playing an effective role for the promotion of unity and cohesion across the country.

Mr Sohail Ali Khan (pictured second from left) also lauded the role of Radio Pakistan in promoting and preserving arts, culture, and music since the country’s independence in 1947.

He said a classical music research cell established at Lahore station would be rehabilitated and renovated so it could be used as a reference section.