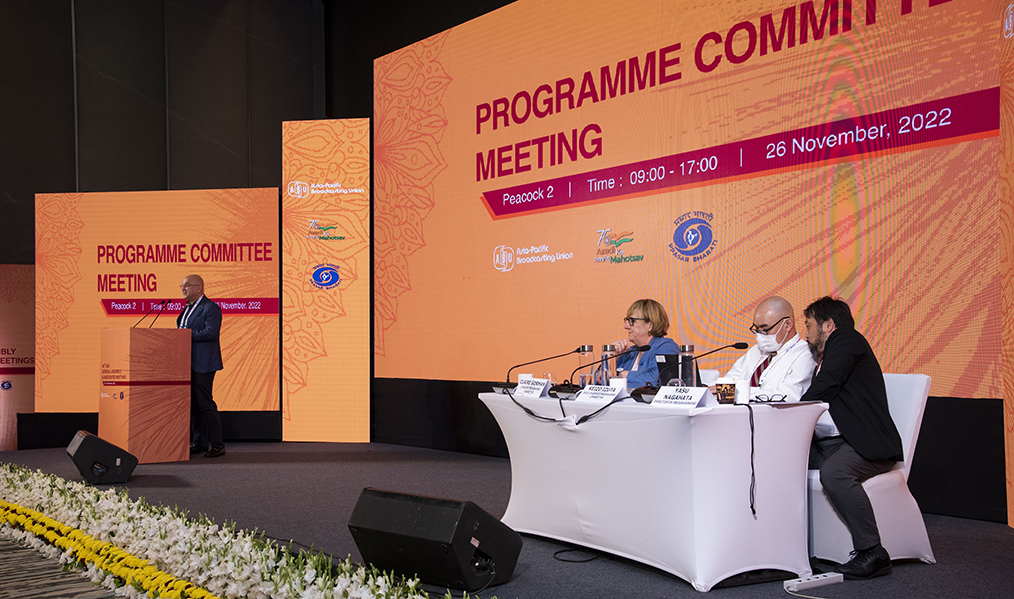 New ideas and techniques were high on the agenda when the ABU Programme Committee met in New Delhi on 26 November.

Two special sessions were devoted to the topic, with speakers from five countries – India, Japan, Vietnam, Australia and Korea – describing how they were introducing new ideas into their programme making.

A third session looked at international co-production in the Asia-Pacific region, with speakers from NHK-Japan and EBS-Korea detailing the benefits of working with other countries.

The Programme Committee Chairperson, Claire Gorman of ABC-Australia, chaired the meeting, assisted by the Vice Chairperson, Keizo Izuta of NHK-Japan.

In his opening remarks, the ABU Secretary-General, Dr Javad Mottaghi, said the ABU’s online services had increased massively during the pandemic but in-person events like this year’s annual meetings offered important opportunities for networking.

The ABU Director of Programming, Yasu Nagahata, reported on programme activities over the past year, with ABU members and Secretariat staff giving detailed reports on individual activities.