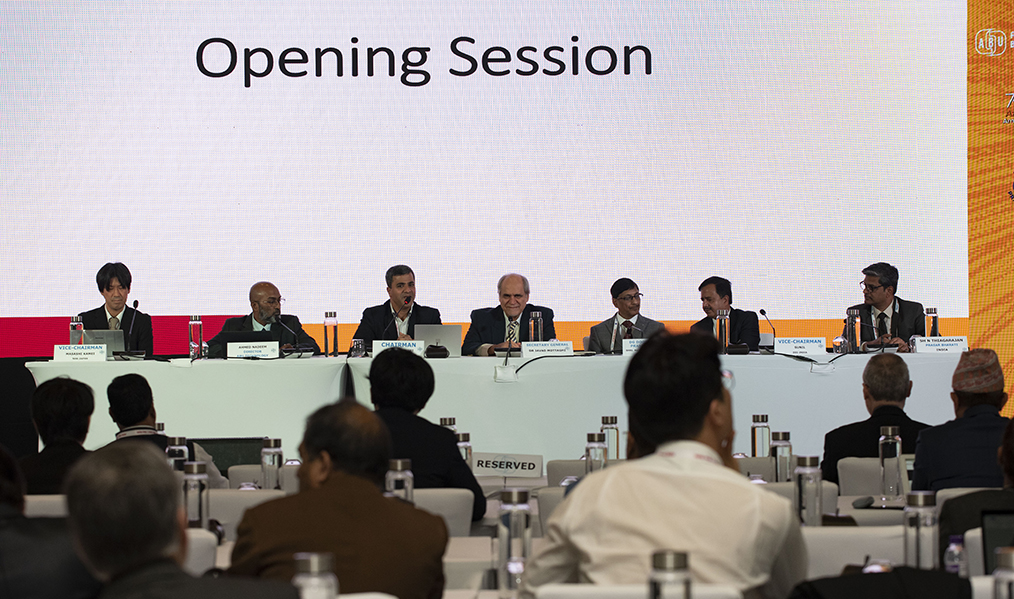 Reducing the digital gap between members is one of the most important tasks for the ABU, the Secretary-General, Dr Javad Mottaghi, has said.

Speaking at the opening of the two-day Technical Committee Meeting in New Delhi on 26 November, he said a digital divide still existed between advanced and less developed members and the union could help reduce it.

Welcoming participants on behalf of hosts Prasar Bharati, the Director General of Doordarshan, Mayank Kumar Agrawal, expressed similar sentiments. With advanced technologies moving so fast, members had to learn from each other, he said.

The Technical Committee Chairman, Hamid D Nayeri of IRIB-Iran, presided over the meeting. He said introducing advanced technologies was key to attracting audiences and keeping them engaged. The committee’s Vice-Chairman, Sunil of Prasar Bharati, also spoke at the opening.

The first day of the meeting featured the announcement of the winners of the 2022 ABU Engineering Awards and Technical Review Prizes.

The meeting continues on 27 November, with a panel on cybersecurity and the media among the highlights.