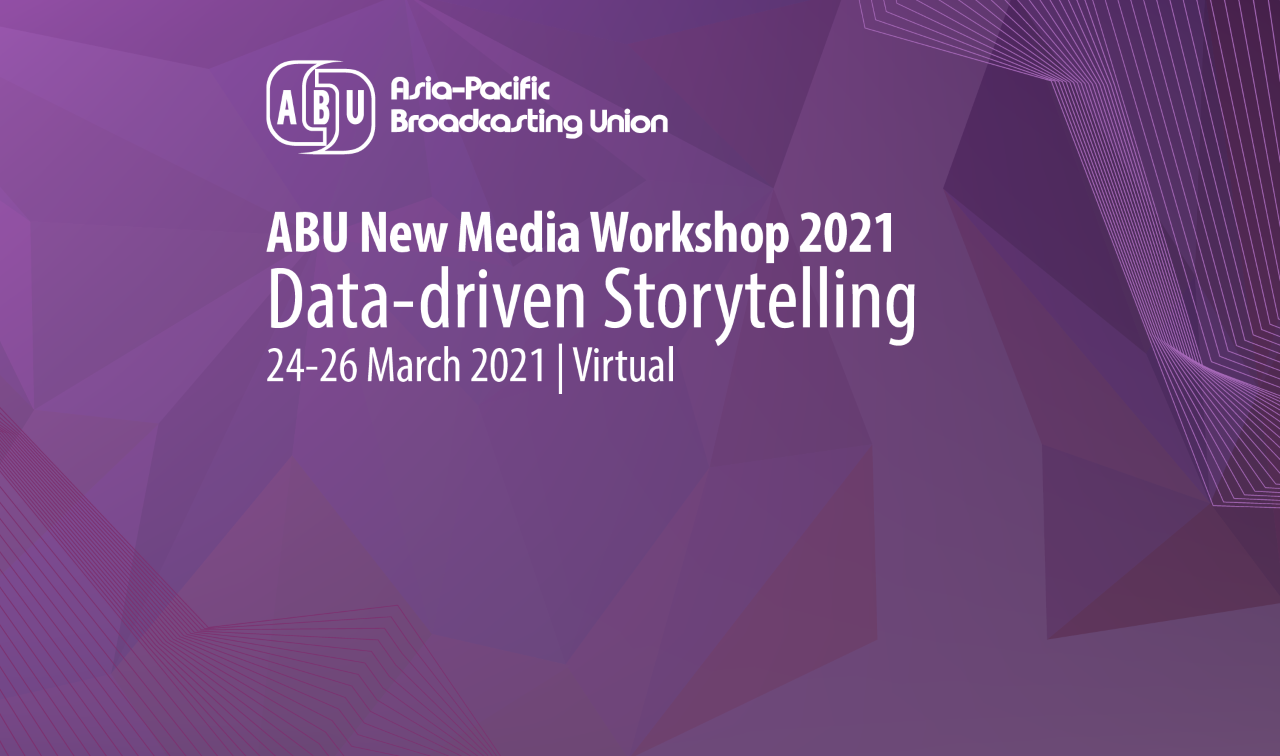 The 5th edition of ABU New Media Workshop Data-driven Storytelling will explore the importance and impact of telling stories with data by looking at different forms of data-driven storytelling from around the world. The workshop will also identify what makes a good data story and the skill set and workflow required to create a successful data project.

At the end of the workshop, participants will be able to:

WHO IS IT FOR?

ABU members are invited and encouraged to nominate colleagues (who work as digital content creators in their organisations) for the workshop.

Hosted by
ABU in partnership with Data-N

Kuek Ser Kuang Keng is an award-winning digital journalist, data journalism trainer and media consultant based in Kuala Lumpur, Malaysia. He is the founder of Data-N, a training program that helps newsrooms and journalists with limited resources to integrate data journalism into daily reporting. Data-N has helped publications like Foreign Policy, BBC World Service, Mediacorp, Malaysiakini and Katadata to strengthen their storytelling with data, visual and interactive components.

Partnering with regional journalism organizations including Google News Initiative, WAN-IFRA and Internews, he has been conducting regular workshops on digital journalism both online and offline across Asia since 2018. He also provides consulting and mentoring services to media organizations in data, visual and interactive journalism.

Keng has more than 10 years of experience in digital journalism. He was a journalist with Malaysiakini for 8 years specializing in investigative and political reporting. In 2013, he was awarded a Fulbright scholarship to further his study at New York University’s Studio 20, a journalism M.A. program that focuses on new media and digital innovation. In 2015, Keng was selected as a Google Journalism Fellow and subsequently a Tow-Knight Fellow. He has worked in several US newsrooms including NBC, Foreign Policy, PRI.org and the International Business Times.