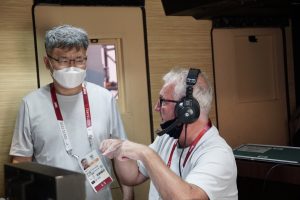 The combined skills and experience of the three-member organisation make ABU Sports a genuine and unique production team, drawing on experienced personnel and expertise from the top levels of the television industry and delivering the highest international production standards against challenging lead times and, sometimes, in difficult environments. After several days of working at the venue, ABU Sports has successfully covered the Games, while cultivating a positive team spirit among the crew of multiple backgrounds. 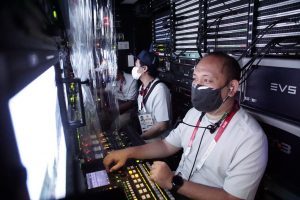 The 2020 Paralympic Games have begun in Tokyo after being postponed from last year due to the ongoing Coronavirus pandemic. The Games will take place from August 24 to September 5.

ABU Sports with 35 production crew on-site led by ABU Sports Director, Mr Yanjiang Cai, is doing the production coverage for two Paralympics events, which are Equestrian and Shooting. This is a unique joint-venture production crew between ABU members from RTM Malaysia, KBS Korea and SRT China.

The first ABU production team arrived at the Equestrian venue on Aug 23 at Equestrian Park Setagaya-ku, Tokyo and started rigging works at venue as part of the production Games roles. This combined production initiative was taken to further develop ABU Sports’s capacity, continuing a successful partnership between members that never fail to deliver top-level production services to the organisers of major multi-sports events in the Asia and Pacific regions.

The Electronic Sports or the E-Sports made a major appearance at the Asia Pacific Broadcasting Union (ABU) General Assembly, the largest gathering of broadcasters from across Asia and the Pacific. The annual première event took place in Tokyo, Japan, from November 17 – 22, 2019, hosted by the Japan’s public broadcaster the NHK.

During the GA, the ABU Sports Group conference saw the signing of a Memorandum of Understanding between the ABU Sports and the Asia’s E-Sports governing body, the Asian Electronic Sports Federation, AESF. The MOU is expected to help enhance the parties to co-host forums, workshop and create E-Sports content to guide on proper understanding of E-Sports.

The Sports Group conference also featured keynote addresses on E-Sports by the President of AESF and its partners in Japan. This was followed by an engaging panel discussion and a demonstration. The sports group members welcomed the ABU sports initiative to get involved in E-Sports, an industry whose total audience could reach over half a billion by 2021. 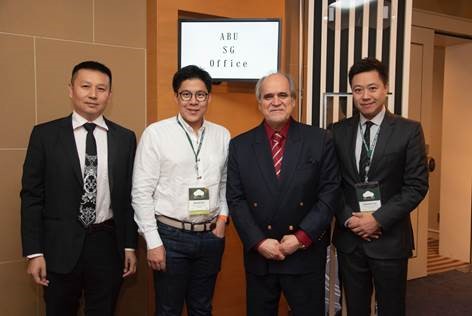 The Secretary General of ABU, Dr Javad Mottaghi and the Director of ABU Sports Mr Cai Yanjiang also met with the President of the AESF Mr Kenneth Fok and the Managing Director of the Federation Mr Sebastian Lau. The meeting discussed the crucial role that ABU could play in changing the unjust negative perception towards E-sports.

According to AESF the video gaming and E-sports industry is currently worth a whopping US$5 billion, making it larger in value than both film and music combined.

Based out of Hong Kong, and sanctioned by the Olympic Council of Asia, OCA the AESF serves a primary role of governing, regulating and overseeing the overall development of E-sports in the Asia. 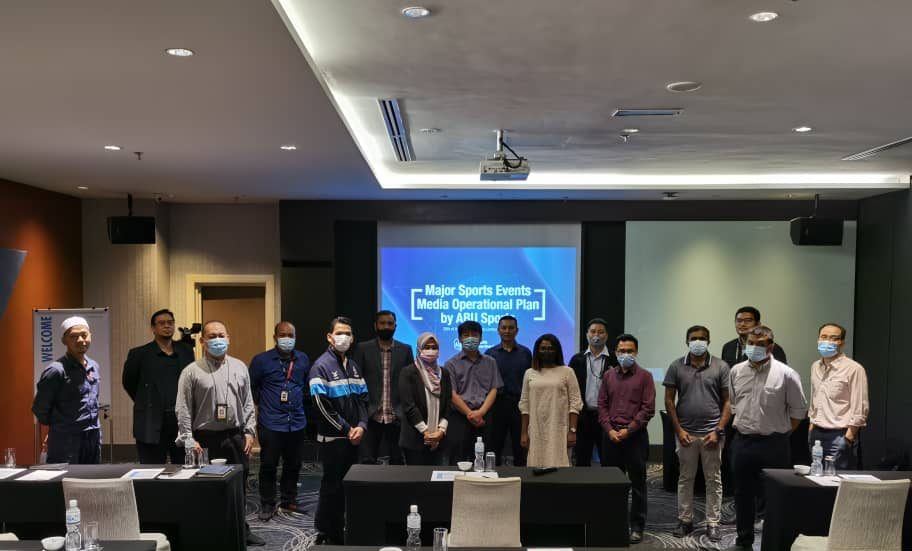 ABU Sports organised an In-Country workshop on Media Operational Planning in Kuala Lumpur, Malaysia on 28 August 2020. The workshop was designed for Malaysian broadcasters who are working in the sports production and international sports events planning. The workshop was opened by a welcome speech from the ABU Sports Director, Mr Yanjiang Cai.

The aim of this training was to enable the participants to learn on the broadcasting and IBC planning from the scratch which requires an early planning and involving many stakeholders to plan a successful event. The workshop had 12 participants which were from Radio Television Malaysia (RTM), Telekom Malaysia (TM), and Astro Arena. The workshop was conducted by Mr Jeff Kim, an expert from ABU Sports which has a broad experience in an international sports event planning such as Asian Games and Olympics Games.

Apart from that, as the new norm of practise after the CoVid-19 Pandemic, the trend to live stream events and making them a virtual event has picked up and thus, ABU Sports received a strong support from its partner, SpaceLabs Technology came in to power the event. So, ABU Sports members in other country also participated this workshop via online.

SpaceLabs Technology introduced an end-to-end IP-based broadcasting running on NDI (Network Device Interface) protocol to carry the presentation slides of the speaker and the camera images in low-latency to the vision switcher. As we’re also required to work on a minimal technical crew to ensure social distancing and other preventive measures, SpaceLabs Technology also deployed hardware and systems that made the cameras unmanned. The use of PTZ cameras controlled by the Remote Management of Camera units (RMC) and the CCUs (Camera Control Units) enable us to operate with just 2 personnels. The cameras and presentation slides were wirelessly transmitted to also cut-down on setup and teardown time and streamed to the Content Delivery Networks as well as the Facebook of ABU Sports.

The training was well received by the participants who seemed content with the outcomes. They were able to gain knowledge and new skills from the expert’s experiences. The trainer was able to deliver the course keeping in mind the local sensibilities, integrated well with the participants thereby making this session effective. The session was rated highly by the participants.