ABU Partners with RT For 2nd Round of 360VR Co-Pro 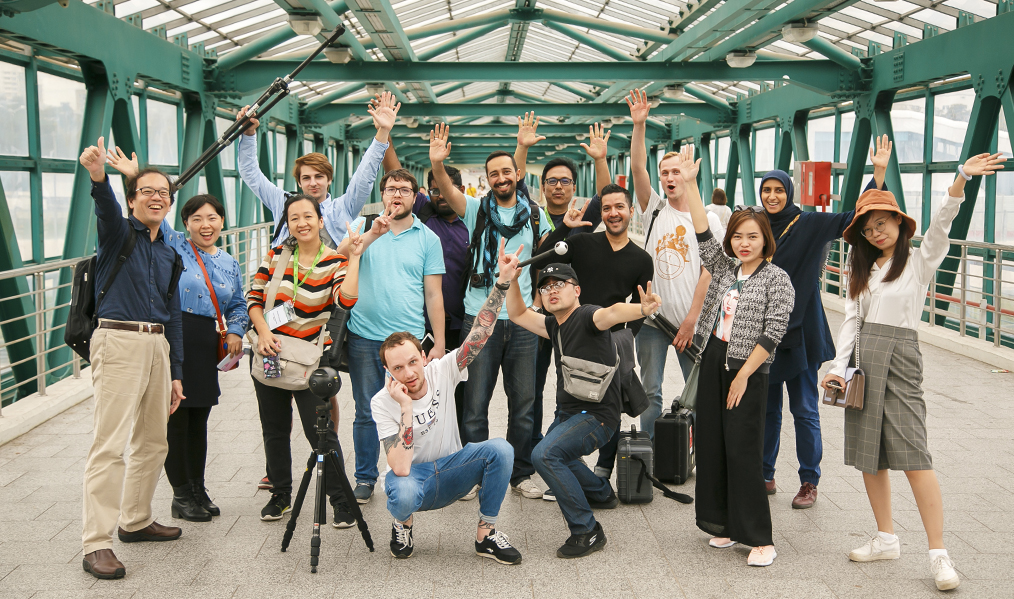 ABU Partners with RT For 2nd Round of 360VR Co-Pro

ABU partnered with RT Channel for the second time to bring together a group of online content creators from ABU member organisations as part of a new edition of the 360VR co-production initiative. 9 participants from 5 ABU member organisations including CCTV, VTV, Radio Plus, Happy Campers Productions and IRIBU took part in the creative workshop held at the RT Headquarters in Moscow, Russia from 20-22 August 2019.

During the three days participants spent in Moscow, they received hands-on training from the award-winning Russian team that sent a 360° camera into space, learned how to create videos in 360° virtual reality format and had individual consultations with the RT360 team to develop their own 360° stories for the co-production. They also took part in an exclusive tour of the state-of-the-art facilities of RT Channel and learned more about the success behind RT360.

Participating organisations will now work on producing a short film each to contribute to the 360VR portfolio under the co-production initiative.

The 360 VR Short Film Co-production Initiative, organised by Asia-Pacific Broadcasting Union (ABU) in joint collaboration with RT Channel, aims to encourage ABU members to produce 360 VR short films and tell compelling stories in 360° to promote innovative online content tailor-made for the internet generation. The first edition of the co-production workshop was held in Moscow in August 2018. The 2018 edition resulted in the successful production and exchange of six 360VR short films.