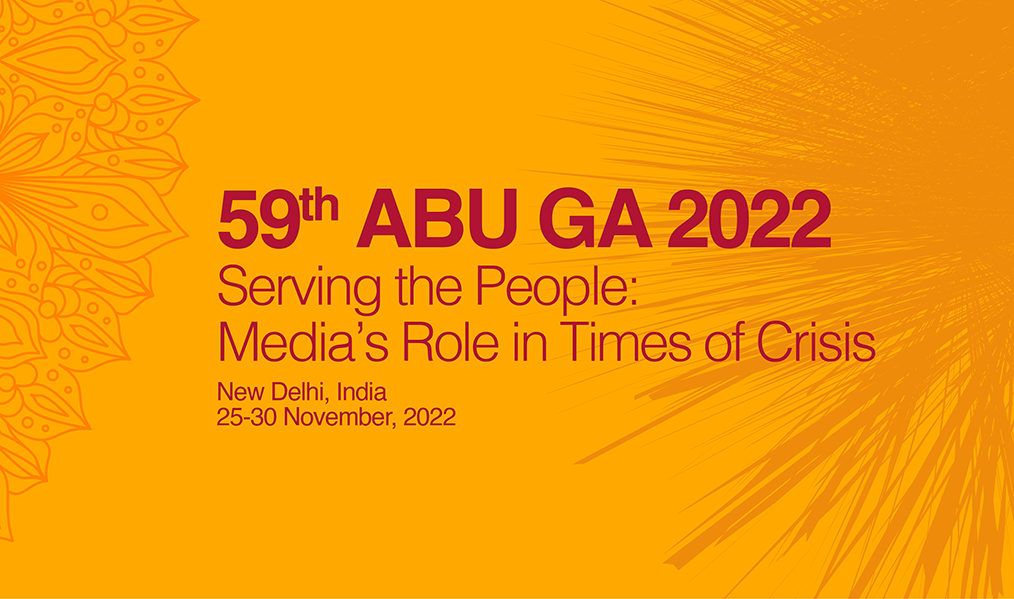 The 59th ABU General Assembly and Associated Meetings will be hosted by India’s public broadcaster, Prasar Bharati, in New Delhi from 25 to 30 November 2022.

It will be the first face–to–face General Assembly after two years of running the GA and other meetings online. All ABU members are invited to attend.

The General Assembly itself will be held on 29 and 30 November. The theme for this year’s Assembly is Serving the People: Media’s Role in Times of Crisis.

The days before the General Assembly will include meetings of the Administrative Council, the Radio Working Party, the Programme Committee, the Sports Group and the Technical Committee, as well as the ABU Prizes and TV Song Festival and the Women with the Wave forum.

The ABU Vice–President and CEO of Prasar Bharati, Mr Shashi Shekhar Vempati, invited ABU members to attend in an invitation to the ABU President, Mr Masagaki Satoru, who is Executive Vice President of NHK-Japan.

“The GA 2022 shall serve as an opportunity to share with Broadcast Media leaders from across the Asia Pacific and other regions the transformational journey of independent India over the past 75 years,” he said.

The ABU Secretary-General, Dr Javad Mottaghi, expressed his thanks to Prasar Bharati for hosting the General Assembly and Associated Meetings.

The ABU will soon circulate the registration form to members as well as the required information for their travelling plans to New Delhi.