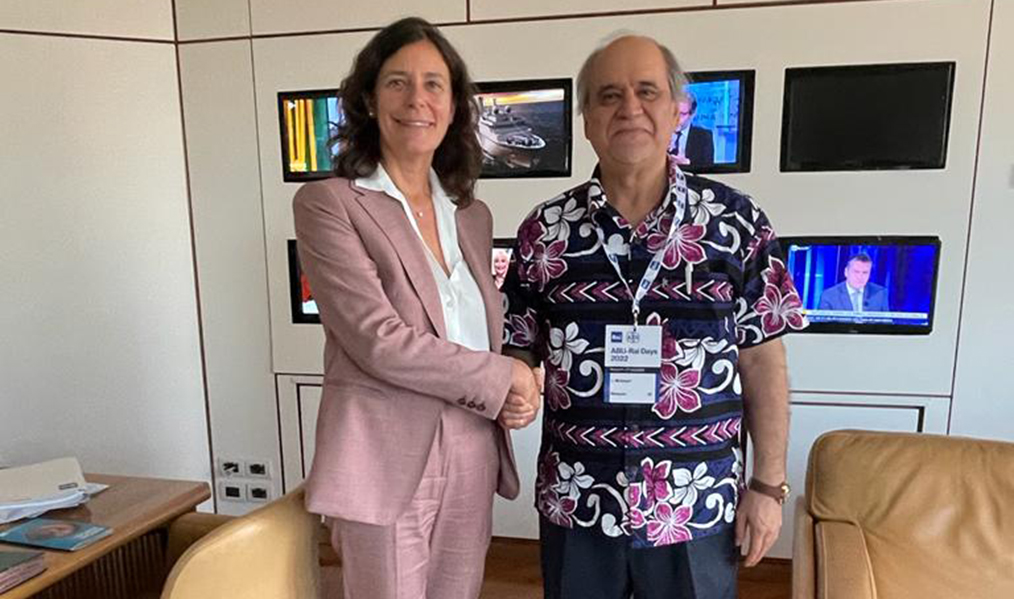 ABU-Rai links to be expanded

An intercontinental partnership between the Asia-Pacific Broadcasting Union and the Italian national public broadcaster Rai is to be expanded, following talks in Rome.

Titled “Digital Transformation: A new age of audience-led evolution”, the global conference attracted more than 100 participants both virtually and in person at Rai’s Viale Giuseppe Mazzini headquarters in Rome.

The two leaders discussed progress to-date in promoting links between Rai, one of Europe’s major public broadcasters, and the ABU, which represents more than 250 broadcasting organisations across Asia and the Pacific, making it the world’s biggest and geographically largest broadcasting union.

They agreed to further strengthen the partnership between the ABU and Rai, with the Italian broadcaster continuing to host the annual ABU-Rai Days forum in Italy.

“We also agreed to expand our partnership and jointly initiate capacity-building initiatives and look at other possible areas of partnership,” said Dr Mottaghi.

“Both parties also expressed their satisfaction on quality and networking opportunities that the ABU-Rai Days have offered to broadcasters in Asia and Europe.”

Dr Mottaghi expressed his thanks and appreciation to Rai for hosting this important east-west media dialogue.